6 things you can do in a rental property 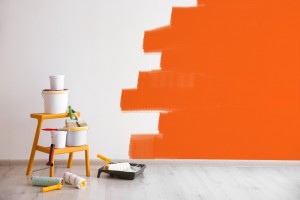 When skimming through a rental agreement, you’d be forgiven for wondering if there’s anything you’re actually allowed to do within the four walls of the house you’re about to inhabit.

The rules governing the occupancy of residential rental properties are many and varied, chiefly to ensure the landlord receives their property back in the same condition in which they rented it out.

But if you’re not afraid to ask some questions and make a request or two, you might be surprised to discover what your landlord will allow you to do.

Even if your rental agreement says “no pets”, at many properties you’ll likely be allowed some sort of furry friend.

When this writer recently moved into a new apartment there was more than half a page of fine print dedicated to the strict ban on pets within the property. But with a quick call from the agent to the landlord, a kitten was approved in less than five minutes.

Many landlords’ rules around pets are there to prevent damage, so creating a pet resume can help reassure the landlord that your pet isn’t likely to be a problem.

Adding a door or wall

Want to partition off part of your rented apartment, or add a door to create another bedroom or living space?

Hocking Stuart Richmond Department Manager – Property Management, Jo Leonardis, says some of her previous tenants have taken it upon themselves to make additions to properties that significantly altered their layout, particularly in warehouse-style spaces.

But Leonardis says you’re far better to ask first or you risk having to pay for the renovation to be reversed.

“Sometimes tenants, if they’ve got a bedroom that doesn’t have a door or it’s more of a mezzanine style, they do go out of their way to install a wall or a door or something to block off that room and use it as a bedroom, and/or study or whatever to suit their purposes,” she says.

“It can go two ways: the owner loves it for the fact that they’ve got this extra room… or they want it removed immediately because it does affect either the structure of the appeal of the property.”

Newer security systems are now so advanced that they can run exclusively through your home WiFi and need no internal wiring in the house.

Many of the systems are app-based, allowing you to check up and control everything when you’re not at home, and because you don’t need to install anything, if you move to another rental property in 12 months’ time, you can easily pack it up and take it with you.

Love the house and location but don’t like its aging kitchen? Why not ask your landlord if they’d be prepared to cover some or all of the cost of upgrading it if you’re prepared to do all the legwork?

Leonardis says some tenants who’ve planned to remain in a property for longer periods of time have arranged for a kitchen overhaul.

“I actually had a tenant that wanted a new kitchen, so he went to IKEA and did all of the groundwork for the owner, and the owner was like, ‘Yeah, OK, it’s really old, that’s fine, let’s see what it looks like. You install it and can pay half for it’,” she says.

Many landlords will allow you to hang pictures or photo frames on some walls, provided you ask permission first and agree to repair the holes when the time comes to move out.

If you simply can’t bear the wall colour in your bedroom or living space, you can ask if the landlord will allow you to repaint it.

Leonardis says while many landlords will say no, some will allow it, provided you consult with them on colour choices and have the painting done professionally.