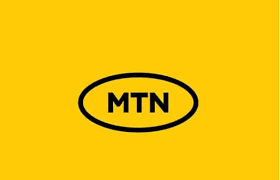 MTN has announced today, February 28, that it has purchased land in Africarare metaverse Ubuntuland, one of Africa’s first virtual reality metaverses.

Africarare – a 3D virtual reality experience that resides on Ubuntu land in Virtual Africa – which made its debut in South Africa in October 2021, is the first African Virtual Reality metaverse featuring digital land. This purchase will see MTN owning 144 plots of virtual land with an overall area of 12 “metres” by 12 “metres”.

What about the Metaverse?

The metaverse could be the future of the internet. Or a video game. It’s hard to say

The metaverse is the convergence of two ideas that have been around for many years: virtual reality and digital second life. It is a form of virtual reality tech that allows users enter a virtual world. The Metaverse also includes alternate reality technology that is integrated into the physical world.

Virtual reality serves as a computing platform for living a second life online. In virtual reality, you wear a headset that immerses you in a 3-D environment. You carry motion-sensing controllers to interact with virtual objects and use a microphone to communicate with others.

In truth, talking about what “the metaverse” is similar to talking about ‘the internet in the 1970s – while it was true that “the internet” was coming, not every idea of what that would look like is true.

The technologies that make up the metaverse can include virtual reality – characterised by persistent virtual worlds that continue to exist even when you’re not playing, as well as augmented reality that combines aspects of the digital and physical worlds. However, it doesn’t require that those spaces be exclusively accessed via VR or AR. A virtual world, like aspects of Fortnite that can be accessed through PCs, game consoles, and even phones, could be metaversal.

The term metaverse can be traced back to Neal Stephenson and his novel Snow Crash. The novel was released in 1992, and it’s considered a canon of the genre, along with William Gibson’s Neuromancer, which describes a virtual reality dataspace called the matrix.

The metaverse in Snow Crash is a 3D virtual reality space accessed through personal terminals and virtual reality goggles that have a lot in common with the Oculus Quest and other VR headsets. This 3D space appears to its users as an urban environment created along a single hundred-meter-wide road, the Street. Stephenson writes:

Like any place, in Reality, the Street is subject to development. Developers can build their own small streets feeding off of the main one. They can build buildings, parks, signs, as well as things that do not exist in Reality, such as vast hovering overhead light shows, special neighbourhoods where the rules of three-dimensional spacetime are ignored, and free-combat zones where people can go to kill each other.

Earlier on Monday, M&C Saatchi Abel said it had opened an “office” in the metaverse, after purchasing its own virtual “plot of land”.

“Ubuntuland,” it said, “will showcase some of the best of African art, fashion, entertainment, sport, tech and creativity and will provide a platform for artists from across the continent to showcase their work”.