The Pros and Cons of Purchasing a New Build Pt3 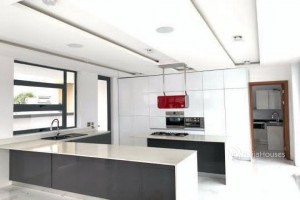 Older may be better

Although newer homes have new components and materials, newer may not always be better. “New homes today are generally not built as solid as old homes of yesteryear,” Helfman says. “Old homes had better bones. For example, a 2×4 in the 50s and 60s was actually 2 inches by 4 inches — whereas a 2×4 today is 1.75 inches by 3.75 inches.”

Renovating is better for the environment

When you build a new home, you’re starting from scratch. “The environmental impact of building a new home is much higher than in buying an old home,” Helfman says. “Renovation is essentially a form of recycling.”

Also, homeowners have a tendency to focus on cosmetic features when buying a home and often choose a new build because of trendy extras. However, most cosmetic features — like architectural details — could be added to an existing home during a renovation.

Landscaping can cost a pretty penny and take a while to fully develop. “Older properties can come with landscaping benefits like mature trees to cast shade,” Helfman says.

If you’re building a home in a new area, it’s still in the process of being established. “Older homes come with the benefit of established neighborhoods with established communities and desirable features like street lights, sidewalks and neighborhood watches,” Helfman explains.

And there are other potential disadvantages to not being in an established neighborhood. “There’s a danger of purchasing inside a non-fully formed community where amenity costs were miscalculated,” warns Michael Kelczewski, a realtor with Brandywine Fine Properties Sotheby’s International Realty. “Also, homeowners may purchase during an initial development phase only for the developer to become bankrupt.”

The new build timeline is subject to change

Unless you’re buying a new home that has already been completed, you could be trapped in a waiting game. “You won’t be able to move in until the home is completed,” says Menn. And he warns that weather-related construction delays are always a possibility and could extend the build timeline indefinitely.